< Iris Wildthyme and The Vampire Mutations
Wild Thymes on the 22 >

Iris Wildthyme and The Mermaid Menace 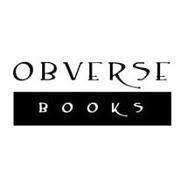 The events of the Polythene Terror have awakened something in the Brisingdeep Reservoir near Garnersedge. There are reports of mermaid-like creatures lurking in the depths and people going missing.

As MIAOW swings into action, pupils from the radical free school Sommershill arrive at Garnsersedge Hall. and Iris quickly finds themselves embroiled with the mermaid menace…

Selina Lock is a mild-mannered librarian from Leicester. In her alternative life in comics she edited The Girly Comic, and has written strips for various comic strip anthologies, including the double-Eisner nominated 'To End All Wars'. She has had several short stories published and her novella 'Green Eyed and Grim' is available from Obverse Books. Her most recent non-fiction publication is the booklet 'The Only Woman Aboard' about Lady Grace Drummond-Hay.