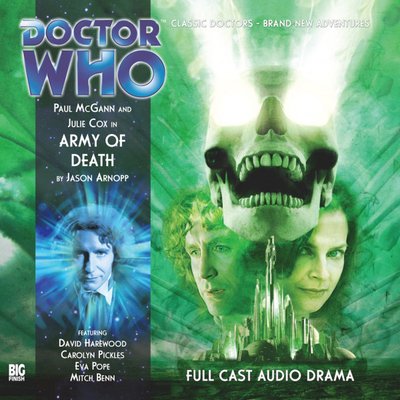 The TARDIS brings the Doctor and Mary Shelley to the continent of Zelonia, on the frontier world Draxine – where, many moons ago, the twin citystates of Garrak and Stronghaven bore testament to mankind’s colonial spirit.

But what do they want, this army of death? And can anything stop them? In search of answers, the Doctor and Mary must journey into the dead heart of a dead city to face a terrifying adversary, whose ambitions transcend the stuff of life itself.