< Past Reckoning
Aliens and Predators > 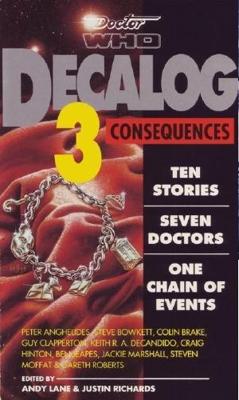 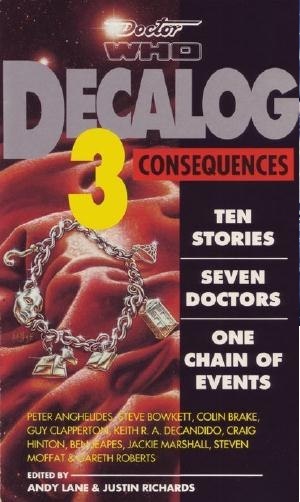 Consequences was the third instalment in the Virgin Decalogs series, a series of books which each contained ten tales on a common theme. Although two more Decalog volumes were published, this was the last to feature the Doctor. The next short stories featuring the Doctor appeared when BBC Books launched the Short Trips line a couple of years later.

Consequences showed the ramifications of some of the Doctor's actions throughout space and time and how, more often than not, a happy ending is not the only one.

Consequences was notable for featuring a short story written by Steven Moffat, who became a multi-Hugo Award-winning scriptwriter for the Doctor Who series and became showrunner in 2010.