< The Crocodiles from the Mist
Beauty and the Beast > 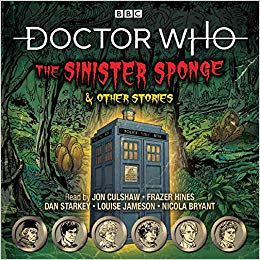 Doctor Who: The Sinister Sponge & Other Stories
Doctor Who Audio Annual
BBC

A selection of weird and wonderful short stories from the pages of Doctor Who Annual, featuring the first six Doctors and their companions.

The Nemertines was a Fifth Doctor short story in the 1984 Doctor Who Annual. It may be most significant for being the third adventure pairing the Brigadier with Turlough and Tegan in the wake of TV: Mawdryn Undead and The Five Doctors. It was also the first time the Brigadier had featured in a Doctor Who Annual since the 1975 edition.