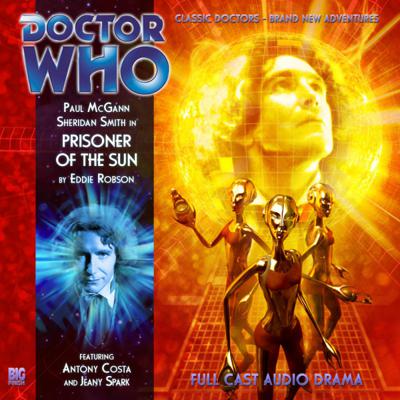 Six years after being captured by the galaxy-spanning organisation known only as The Consensus, the Doctor lives inside a hi-tech complex at the heart of an unstable sun, condemned to an eternity maintaining its systems. A moment's carelessness could cause the star to collapse ? and the deaths of billions.

Watched over by liquid guards, the Mercurials, the Doctor's only company at the heart of the sun is his assistant 'Daphne' ? the latest in a line of android helpers. But rebel eyes have their eyes on the sun, and its lonely controller ? and are prepared to risk even a galactic cataclysm to secure the Doctor's release?