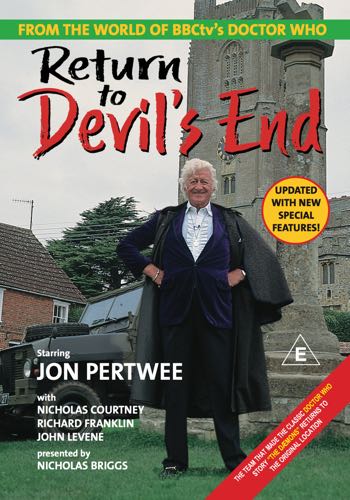 "Regarded by many as the best all round Jon Pertwee story, The Daemons featured the village of Aldbourne as its central location.

In this special production, presenter Nicholas Briggs has brought Jon Pertwee, leading cast members and director Christopher Barry back to Aldbourne where they recount memories of shooting Doctor Who during one of its most popular periods.

Featuring rare photographs and amateur film, this production gives a rare insight into Doctor Who in the 1970’s and the marvellous team spirit that marked Jon Pertwee’s era."