< The Macra Terror (Linking by Colin Baker)
The Stones of Blood >

Doctor Who and the Pyramids of Mars 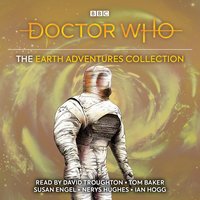 For Many thousands of years SUTEKH had waited ... trapped in the heart of an Egyptian Pyramid. Now at last the time had come the moment of release, when all the force of his pent-up evil and malice would be unleashed upon the world ...

The TARDIS lands on the site of UNIT headquarters in the year 1911, and the Fourth Doctor and Sarah emerge to fight a terrifying and deadly battle ... against Egyptian Mummies, half-possessed humans and the overwhelming evil power of SUTEKH!