< The Sons of Grekk
The King of Golden Death >

The Phoenix in the TARDIS 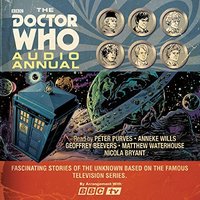 The Phoenix in the TARDIS was an article in the 1968 Doctor Who Annual. It was significant for being the first written explanation in a licensed product of the transformation between the First and Second Doctors. It was the first "non-fictional" account of regeneration.

The article sent mixed signals on what the process was to be called. In one passage, it refers to "Dr. Who before rejuvenation", using the word from The Power of the Daleks. However, it later called Troughton's Doctor "regenerated".

The article further confused the issue of the Doctor's age, stating the Doctor was 900 years old at the time of Hartnell's departure.

Primarily, though, the article tried to give a description of the Second Doctor, and contrast him with the first. Most of these observations about the Second Doctor fairly matched what had been seen on television in Troughton's earliest serials. However, a few passages seemed to describe another man altogether such as when he was described as being "just as irritable and touchy as the First Doctor".