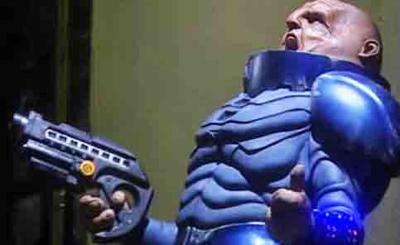 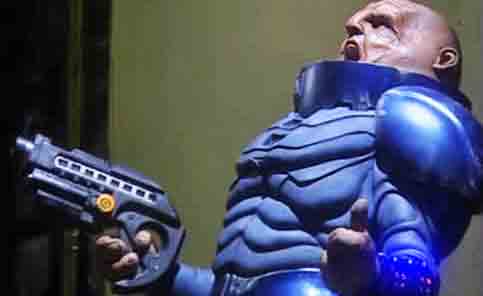 The Last Sontaran was the first serial of series 2 of The Sarah Jane Adventures. It was written by Phil Ford and directed by Joss Agnew. It featured Elisabeth Sladen as Sarah Jane Smith, Yasmin Paige as Maria Jackson, Tommy Knight as Luke Smith, Daniel Anthony as Clyde Langer and Alexander Armstrong as Mr Smith.

It was the final regular appearance of Yasmin Paige as Maria Jackson, who left the regular cast, along with her father Alan, after he received a job offer in America. He left the decision of moving away up to Maria, who supported him to take the new job. Notably, it acted as a sequel to the Doctor Who episode, The Poison Sky, dealing with the consequences of the Tenth Doctor's battle with the Tenth Sontaran Battle Fleet.

This episode featured the last appearance of Chrissie Jackson, who would become directly involved in the alien dealings of Sarah's life. Now that her family was leaving for America, she stopped paying visits to Bannerman Road and went back to her life with Ivan. Although Sarah, her friends, and the other Jacksons had been trying to uphold the secret, she finally learned the truth for herself and promised to keep it guarded.