< Twilight of the Gods
The Scales of Injustice >

The Shadow of Weng-Chiang 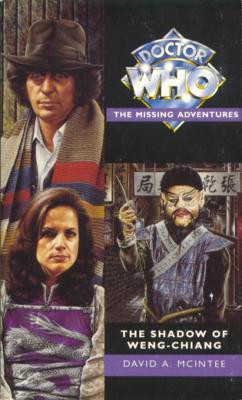 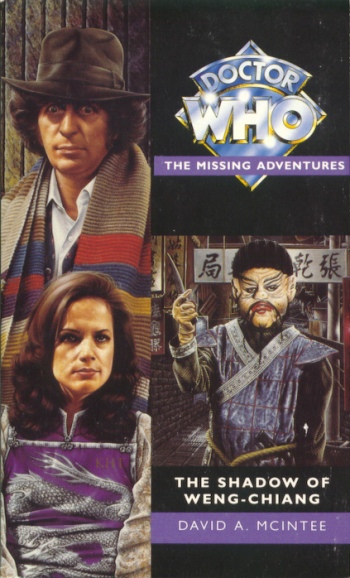 The Shadow of Weng-Chiang was the twenty-fifth novel in the Virgin Missing Adventures series. It was written by David A. McIntee. It featured the Fourth Doctor and Romana I and was set during their quest for the Key to Time, in between the TV stories The Stones of Blood and The Androids of Tara.

As its title implies, it serves as a sequel to The Talons of Weng-Chiang, if an indirect one. In his introductory notes to the novel, McIntee explains that he opted against revisiting old concepts and character such as Magnus Greel, Henry Gordon Jago and George Litefoot and instead took the sequel in a very different direction. Excluding the Fourth Doctor, the only returning character from Talons is Mr Sin.

Despite all this, it served as something of a bookend to that earlier television serial. Whereas Talons had featured expatriate Chinese in London, Shadow was set mostly in Shanghai.

Shadow is one of the few Doctor Who stories in any media to deal with the run-up to World War II in Asia. It details much about the origins of the Second Sino-Japanese War, the precursor to the Pacific War, with the story ending on the eve of the Battle of Shanghai during the first month of the conflict. The only other story to deal with this particular theatre in any great detail is Log 384, which explores Manchuria under Japanese occupation.