< The Colony of Lies
Deadly Reunion > 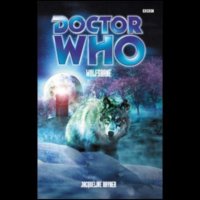 "Deliver us from Evil."

Harry is dead. Having left him abandoned and alone in pre-war Britain, the Fourth Doctor and Sarah try to solve the mystery of his death. But the only witness is in a lunatic asylum, driven mad by what he has seen. He tells of murder and mutilation, of living trees and long-dead legends, of wolfmen and war... And of a mysterious stranger known only as the Doctor.

Can it be true that Harry discovered the last resting place of the Holy Grail? Why are the flowers and trees in a Somerset village in full bloom at Christmas? And is it just a coincidence that Harry died under a full moon...?