Dying in the Sun 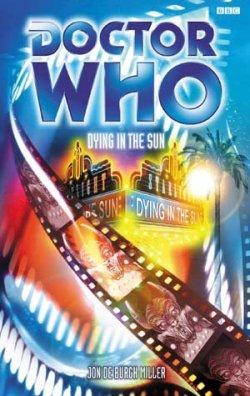 It was the city of angels, and the angels were screaming...

Los Angeles, 1947: multi-millionaire movie producer Harold Reitman has been murdered and the LAPD are convinced that drug dealer Robert Chate is the killer. Detective William Fletcher isn't so sure ? he believes that the man who calls himself the Doctor has a stronger connection to the crime than he's letting on.

While the Doctor assists the police with their enquiries, Star Light Pictures are preparing to release their most eagerly anticipated movie yet, Dying in the Sun, a film that rumours say will change the motion-picture industry for ever.

Suspecting that the film holds secrets more terrifying then anyone could ever have imagined, the Doctor decides to do everything in his power to stop it from being released. In Hollywood, however, it is the movie studios that hold all the power...