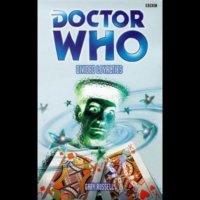 There are some evils in the universe that need to be fought. And others that need redeeming...

Many years ago the First Doctor, a student at the Academy on Gallifrey, lost a friend to the mysterious and malevolent force known as the Celestial Toymaker. Now, in his fifth incarnation, the Doctor receives a telepathic call from his long-lost classmate, begging for help.

As he sets out to rescue his friend and exact revenge, the Doctor's companions become increasingly involved. Adric, determined to justify his place aboard the TARDIS, opts to face the Toymaker's game challenges while Nyssa, angered by the Doctor's actions, finds herself excluded by the people she thought were her friends. And what is the connection between the Toymaker and the planet Dymok, whose comatose inhabitants find a new saviour in the shape of Tegan Jovanka?