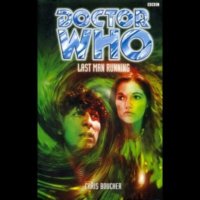 Eager for solitude away from the TARDIS and the endlessly inquisitive Leela, the Doctor steps out onto a benign-looking planet. But the apparent tranquillity hides a terrifying secret...

The TARDIS has arrived on a world of violence, where hideous creatures hunt and kill endlessly, vying for supremacy at the top of the food chain. But is evolution on the planet natural or engineered by some higher power? And why has an aggressively suspicious alien police force sent a secret mission here?

With no one safe from the planet's tireless predators, Leela's warrior instincts are tested to the full. The Doctor, meanwhile, begins to suspect that there is a scientific purpose to the planet — one married to a sinister intelligence.

Whatever the data being collated from the planet, the Doctor soon realises its usage may have far-reaching consequences for all humanity...