The Death of Art 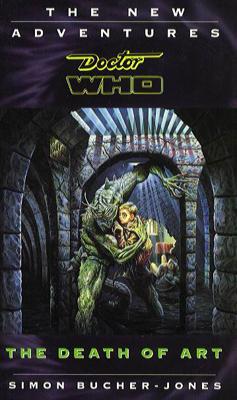 He did not know if his powers could save him until the horses' hooves had crushed his ribs and his heart had stopped beating. After that, it was obvious.

1880's France: the corrupt world of the Third Republic. A clandestine brotherhood is engaged in a desperate internal power struggle; a race of beings seeks to free itself from perpetual oppression; and a rip in time threatens an entire city. The future of Europe is at stake, in a war fought with minds and bodies altered to the limits of human evolution.

Chris finds himself working undercover with a suspicious French gendarme; Roz follows a psychic artist whose talents are attracting the attention of mysterious forces; and the Doctor befriends a shape-shifting member of a terrifying family. And, at the heart of it all, a dark and disturbing injustice is being perpetrated. Only an end to the secret war, and the salvation of an entire race, can prevent Paris from being utterly destroyed.