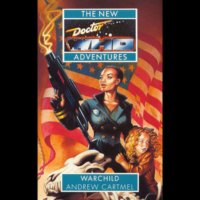 Adolescence is a difficult time. Especially when you have the power to rule the world.

Creed is just an ordinary guy -- as ordinary as you can be when you’re a secret agent working for the government. But his family is another matter. His youngest child seems able to read his mind. His oldest boy, Ricky, may possess a stranger and far more frightening power. And others seem interested in his ‘gifted’ children -- sinister forces who see them as a resource to be exploited.

Around the world, the Doctor’s companions have been put in place, ready to act when the time is right. Old friends and enemies are gathering for a final confrontation that will shape the future of the globe -- and the evolution of mankind.