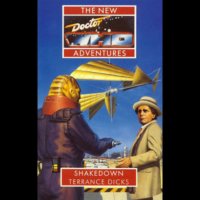 "The Sontarans can never defeat us. It is we who will win."

For thousands of years the Sontaran clone-warriors and the Rutan gestalt have fought each other across the galaxy. Now the Sontarans have a plan to strike at the heart of the Rutan Empire, and utterly defeat the Rutan race.

The Doctor has his suspicions, but only one Rutan spy knows the Sontarans' secret. He is being pursued from planet to planet by Chris and Roz and by a Sontaran hit squad. After a confrontation aboard the racing space-yacht Tiger Moth, the chase culminates on the library planet Sentarion — where Professor Bernice Summerfield's researches into the history of the Sontaran/Rutan war turn into explosive reality.