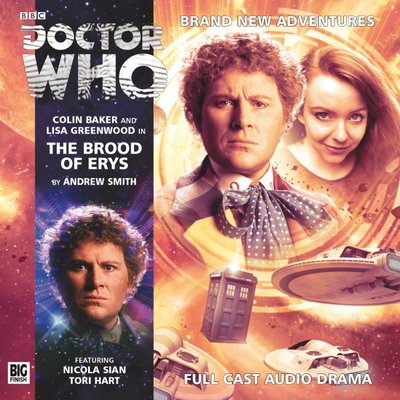 Space travellers are warned to keep away from the area of the planet Asphya and its unremarkable moon Erys. Not the best place to materialise the TARDIS, then – as the Doctor discovers when his ship is raided by the imp-like Drachee, and his companion Flip is carried away…

But the TARDIS isn’t the only stricken vessel in the region. Aboard a nearby space yacht, the Doctor encounters a woman who holds in her head the secret of Erys – a secret suppressed by amnesia, or worse.

Flip, too, is about to learn Erys’ secret. But once you know Erys’ secret, you can never escape.