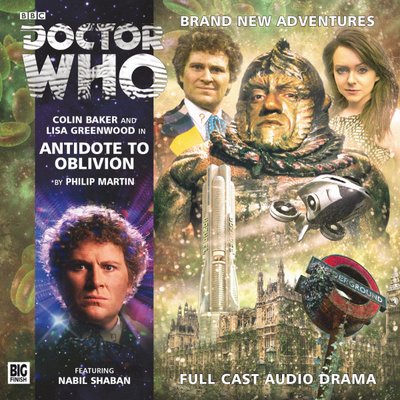 Future Britain is bankrupt, its corporate owners facing financial ruin. Fortunately, the Universal Monetary Fund, and its slimy representative Sil, are willing to give its President a multi-billion credit bail-out... but terms and conditions apply, and Sil's proposed austerity measures go far beyond mere benefit cuts.

Responding to a distress call, the Doctor and his companion Flip land in a London whose pacified population has been driven largely underground. But the horrors down there in the dark are as nothing to the horrors that await them at ConCorp HQ, where a young biochemist in Sil's employ is working on a permanent solution to the nation's terminal unprofitability.

Because in the final account, Sil plans to make a killing...