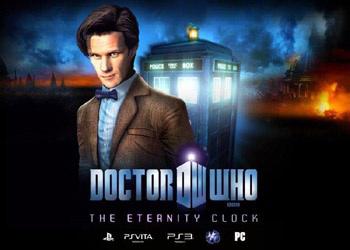 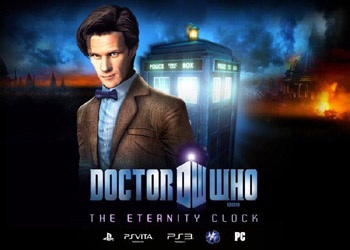 Doctor Who: The Eternity Clock is a 2012 action-adventure video game for the PlayStation 3, PlayStation Vita, and PC. It was planned to be the first in a three-part series of games, but the remaining installments were canceled.

The game can be played by one or two players. The one-player option switches between the characters of the Eleventh Doctor and River Song. The two-player option has both characters being played simultaneously.

It was released in digital stores by BBC Worldwide and in physical media in Europe for the PlayStation 3 and PlayStation Vita by Sony Computer Entertainment Europe.

The game ends on a cliffhanger, which has never been resolved by any subsequent media.