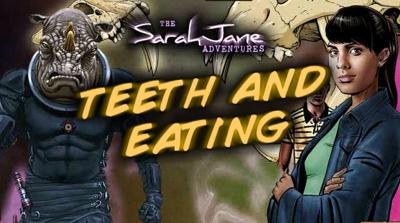 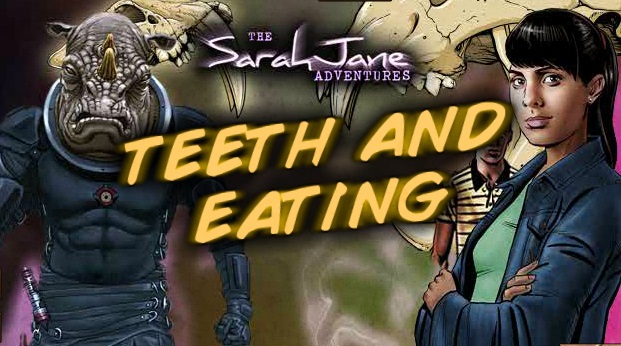 Teeth and Eating was a game published on The Sarah Jane Adventures website. It was part of the KS2 Bitesize Science project, where children learned math, English and science by playing video games. The game was narrated by Anjli Mohindra. As a reward for finishing the game the children got a Judoon mask.

Clyde Langer tells jokes while the Judoon are present. His humour doesn't translate well and the Judoon put him into a jail.

Rani Chandra has an idea: Captain Tybo's hungry after his long trip to Earth. If he is fed with delicious food, he might let Clyde go.

To find out what a life form eats someone has to look at its teeth. Mr Smith has a partial Judoon jaw in his data banks. The Explorajaw programme can be used to find out about different kinds of teeth. These teeth give hints about the eating habits of a life form.