< Missy - The Master Plan
Doctor Who and the Last Stand > 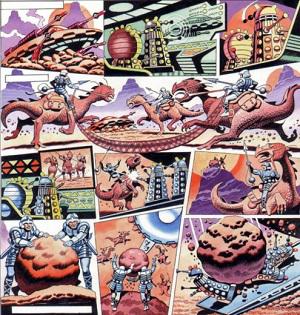 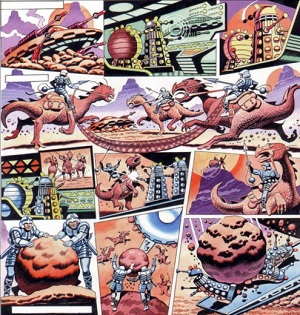 Deadline to Doomsday was a Doctor Who Magazine back-up comic which was under production with Ron Turner, the artist of the original TV Century 21's The Dalek Chronicles, when the artist passed away. The first two pages, with no text or header art, were printed in the end of Doctor Who Magazine 276 among an article remembering Turner.
Years later, the comic was completed by artist Lee Sullivan, colourist Charlie Kirchoff, and letterer Richard Starkings according to John Lawrence's original script and published in the third issue of the fan magazine Vworp Vworp!