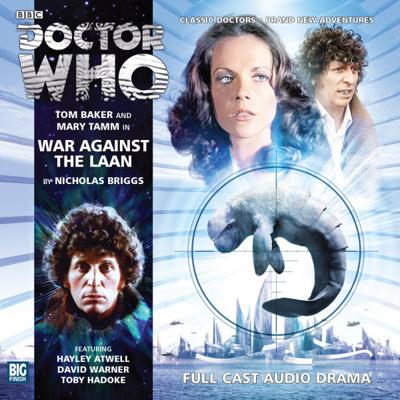 'Just a taste of Armageddon, Romana. It's what happens when acquisitive minds are left unencumbered by conscience.'

The Doctor, Romana and newly elected President Sheridan Moorkurk take on the all-consuming powers of business tycoon Cuthbert and his vast Conglomerate. But the situation goes beyond a struggle for political power. Cuthbert is intent on revenge on creatures he feels have attacked his interests. But when his revenge looks like leading to inter-species war, the Doctor knows the stakes couldn't be higher.

The Laan are on the move. Is it too late to prevent the destruction of all life on Earth?