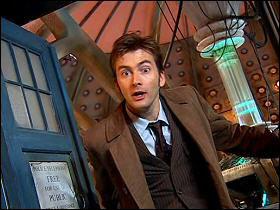 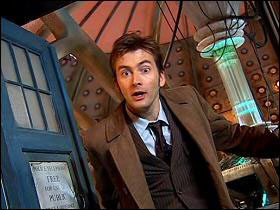 Attack of the Graske was a Doctor Who video game of the interactive movie genre. It premiered on BBC Red Button at the time of the broadcast of TV: The Christmas Invasion. It was later placed on the series 2 DVD box set, to be played by home viewers around the world. It also has been converted for play in a web browser, and is available on the official BBC Doctor Who website.

Like the popular arcade game, Dragon's Lair, it was in many respects a "proper" motion-picture production. It required a full television crew to produce. Judged as a piece of television, it has unusual aspects it is the only BBC Wales Doctor Who production filmed in a 4:3 aspect ratio. It was the first DWU production for which director Ashley Way and writer Gareth Roberts were credited. It was also the first time that Rory Taylor received onscreen credit as a director of photography.

Seen as a game, Graske was not actually the first of its kind. Destiny of the Doctors has essentially the same game mechanics. However, this game's independence of platform has given it far more longevity and universality than the earlier Destiny.