< The Terror Of The Umpty Ums
Rory's Story > 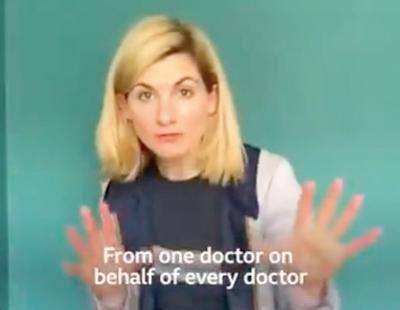 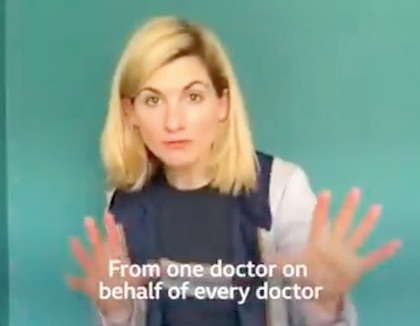 United we stand, 2m apart was a webcast featuring the Thirteenth Doctor speaking directly to the camera, released on the official BBC Twitter account; the Doctor was used as a sort of ambassador for the BBC, with her relaying information to the viewers as to the guidelines to be followed to handle the COVID-19 crisis in the real world.

As it consequently breaks the fourth wall, the webcast is not at present considered a valid source by this Wiki. It is interesting to compare it to the earlier, similar Message from the Doctor, which shared the format of the Doctor speaking to the camera and was also inspired by the VOID-19 crisis, but was designed so that the Doctor's dialogue was applicable to the real-world issues but did not necessarily speak to the 2020 viewer directly, and gave an in-universe account of how and why the Doctor had recorded herself like this.

Jodie Whittaker as The Doctor