The Edge of Destruction 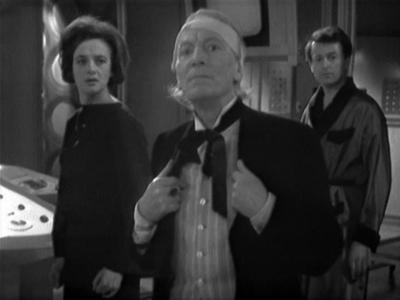 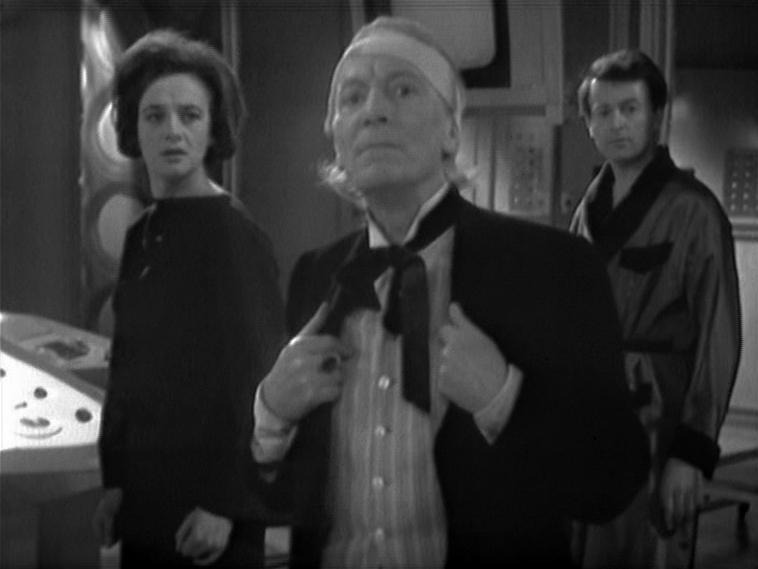 As they slowly recover from the shock of being thrown to the TARDIS floor, the Doctor, Susan, Ian and Barbara all seem to be acting strangely. A number of unexplained events occur and suspicions are raised that some alien force may have entered the ship. The Doctor at one point even accuses Ian and Barbara of sabotage.

It gradually dawns on the travellers that what they have been experiencing is an attempt by the TARDIS itself to warn them of something. The Doctor ultimately realises that the 'fast return' switch he used when leaving Skaro has stuck, and the ship has been plunging back to the beginning of time and its own destruction.

Once the problem - a faulty spring - is corrected, the TARDIS returns to normal and the Doctor is forced to make some apologies.