< Dalek, I Love You
Doctor Who at the BBC: A Legend Reborn >

Doctor Who at the BBC: The Tenth Doctor 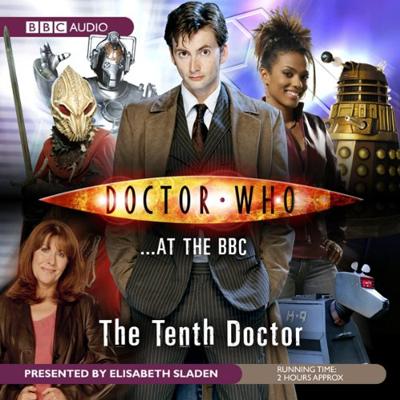 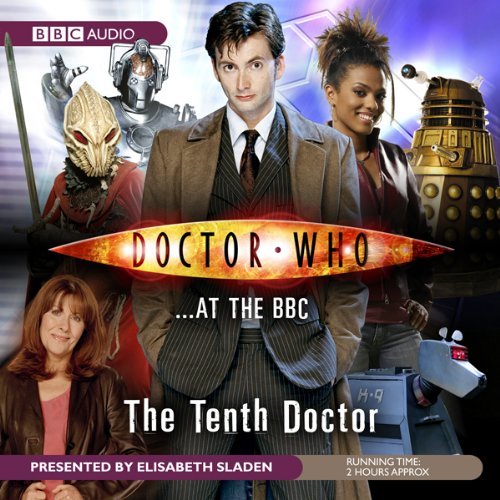 Doctor Who at the BBC: The Tenth Doctor was the 2007 instalment in BBC Audio's annual Doctor Who at the BBC CD documentaries. Presented by Elisabeth Sladen, this release followed the pattern of most of the others in featuring audio clips of radio and TV interviews and features relating to Doctor Who.
While previous releases dealt with primarily the 1963-89 era of the series, The Tenth Doctor, as the name suggests, focuses on the series between 2005 when David Tennant's casting as the Tenth Doctor was announced, and the end of 2006 and the telecasts of The Runaway Bride and Invasion of the Bane.

Elisabeth Sladen presents an exciting collection of interviews and behind-the-scenes features from the hit BBC One series starring David Tennant.

The actress behind the much-loved Sarah Jane Smith is your guide through the exciting, surprising and often funny mix of radio and TV features, all based around the worlds of contemporary Doctor Who.

Travel behind the scenes in the company of David Tennant, Billie Piper, Freema Agyeman, Catherine Tate, Sarah Parish, Jessica Hynes, Thomas Sangster, and many other stars of Series Two and Three.

Learn more about how Doctor Who is made from Russell T Davies, Susie Liggat and Edward Thomas - and eavesdrop on an unusual phone call to Executive Producer Julie Gardner!

Along the way you'll enjoy many fascinating Doctor Who-related items from Blue Peter, Breakfast, Friday Night with Jonathan Ross, Front Row and Jo Whiley Meets Doctor Who, plus a host of extracts from BBC Radio Wales's very own Doctor Who - Back in Time series!

With laughter from the Dead Ringers and I'm Sorry I Haven't a Clue teams thrown in, and a bonus peek at The Sarah Jane Adventures, this exclusive CD is guaranteed to provide two hours of enjoyment for Doctor Who fans young, old, and in-between!