A Device of Death 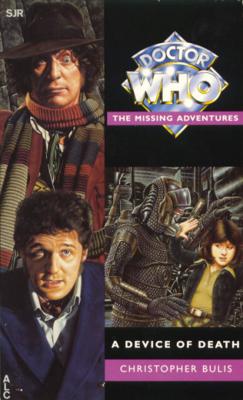 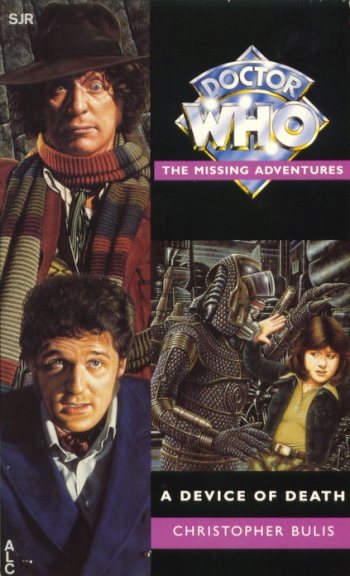 A Device of Death was the thirty-first novel in the Virgin Missing Adventures series. It was written by Christopher Bulis and featured the Fourth Doctor, Sarah Jane Smith and Harry Sullivan.

This novel is set rather uniquely between Genesis of the Daleks and Revenge of the Cybermen; it takes place during their Time Ring travels just after Genesis of the Daleks. Since the Doctor remains separated from his TARDIS from the beginning of former serial to the end of the latter serial, this story sees him borrowing another one temporarily.

It was not the only story to take place between the two serials. The Short Trips entry The Last Thing You Ever See also saw the Doctor, Sarah and Harry travelling by time ring while trying to return to Nerva Beacon. Logically, that story chronologically follows this one.