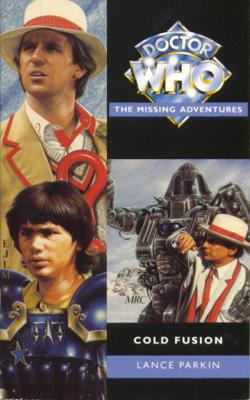 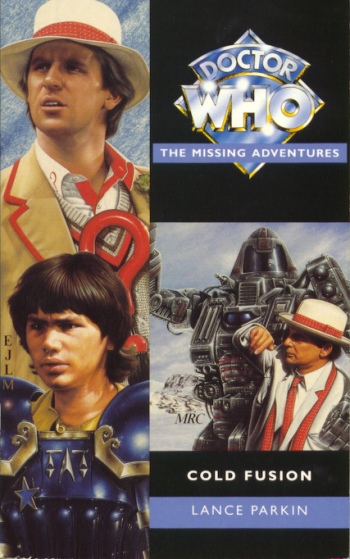 Cold Fusion was the twenty-ninth novel in the Virgin Missing Adventures series. It was written by Lance Parkin. It was the only multi-Doctor story involving televised Doctors ever told by Virgin Books. It involved the unusual pairing of the season 19 Fifth Doctor with the Seventh Doctor near the end of the Virgin New Adventures line.

Originally intended to be published alongside the novel So Vile a Sin to emotionally leverage Roz Forrester's death in that book, delays on Sin meant that people who read the book on publication didn't see this intended aspect of the book.

As a multi-Doctor story, its perspective was unusual. The Seventh Doctor was portrayed as largely disdainful of his earlier self's presence because of the dangers it presented. Though temporal paradoxes and other consequences of two Doctors meeting were touched upon in televised multi-Doctor stories, here they were more central. Moreover, the structure broke with the format of televised multi-Doctor stories, which held that the latest incarnation was the "current" Doctor and therefore the effective headlining "star" of the show. On balance, Fusion was a Fifth Doctor novel that happened to feature the Seventh, rather than a Seventh Doctor novel that used the Fifth.