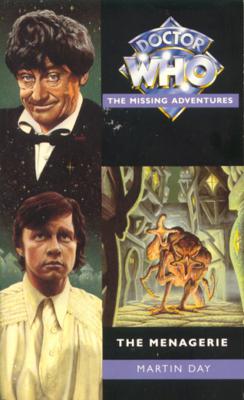 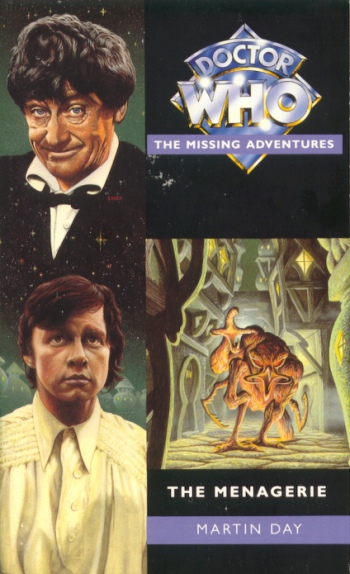 The Menagerie was the tenth novel in the Virgin Missing Adventures series. It was written by Martin Day and featured the Second Doctor, Jamie McCrimmon and Zoe Heriot.

Publisher's summary
"It is said that this city rests over the great menagerie. Men who felt tempted to meddle in science were cursed and turned into beasts."
A nameless city on a primitive, rain-sodden planet. The ruling Knights of Kuabris strive to keep order as hideous creatures emerge from the sewers to attack the populace. It seems that there might be some truth in the prophecies after all.

While Jamie languishes in the castle dungeons, the Doctor is forced to lead an expedition beneath the city to search for the fabled Menagerie of Ukkazaal. Meanwhile Zoe has been sold as a slave to a travelling freak show and one of the exhibits is coming to life.