< Dancing the Code
The Ghosts of N-Space >

Time of Your Life 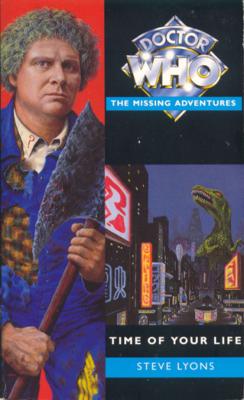 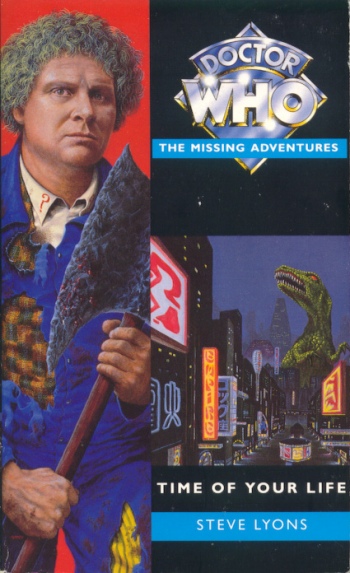 Time of Your Life was the eighth book in the Virgin Missing Adventures series. Written by Steve Lyons, it featured the Sixth Doctor and introduced the short-lived companion Grant Markham. However, much like Jamie McCrimmon in The Highlanders, Grant is largely a background character in his debut story until the Doctor offers to take him on "one trip" in the TARDIS at the end of the novel. This proved to be no hyperbole; Markham did get only one more official trip, 1996's Killing Ground.

In presenting a society that had begun to devolve because of its innate addiction to television, the narrative had a lot of obvious similarity to the television stories Paradise Towers and Vengeance on Varos. Indeed, it may have provided some level of inspiration to Bad Wolf. The story also contains a mostly subtle, but sometimes gross, criticism of Doctor Who fandom, of a kind also seen in The Greatest Show in the Galaxy.