< The Algebra of Ice
Match of the Day > 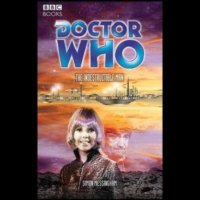 The Myloki. Mysterious aliens from beyond Space and Time.

The human defenders of PRISM are enmeshed in a doomed interstellar war against an unknowable invader armed with the power to possess, duplicate and destroy from within.

Only one man stands in their way. A man destiny has made indestructible.

Against all the odds the legendary Indestructible Man saves the Earth but victory comes at the highest price. The world economy collapses, governments crumble and PRISM itself is torn apart by a best-selling exposé.

Bishop receives an urgent summons to his headquarters. An infiltrator has been unmasked and captured in the heart of SILOET itself. Fatally wounded, the infiltrator makes a miraculous recovery. It appears he is indestructible.

The implications are terrifying.

The Myloki may just have returned. And who is left to stop them now?