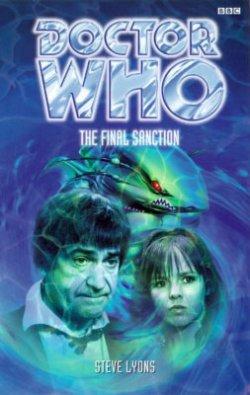 The year is 2204. The final confrontation between humankind and the monstrous Selachians is about to reach its tragic conclusion.

Once again the Doctor has become entangled in human history. Caught up in a brutal and bloody conflict, he knows he must do nothing to influence the outcome. But, when the TARDIS disappears and Zoe falls into Selachian hands, he is forced to intervene...

In the struggle that ensues, Jamie fights alongside the human forces and discovers for himself the true horror of war. Zoe plans her escape from an alien prison camp, only to find herself, quite literally, out of her depth. Meanwhile, the Doctor comes face to face with a man who will become one of the most vilified figures in history.

As the death toll mounts and events come to a head, the Doctor must make a painful choice: which is more important, the sanctity of the time stream or the lives of his companions?