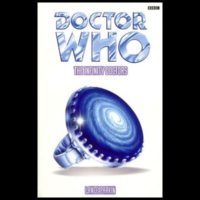 "Sing about the past again, and sing that same old song. Tell me what you know, so I can tell you that you're wrong."

Gallifrey. The Doctor's home planet. For twenty thousand centuries the Gallifreyans have been the most powerful race in the cosmos. They have circumnavigated infinity and eternity, harnessed science and conquered death. They are the Lords of Time, and have used their powers carefully.

But now a new force is unleashed, one that is literally capable of anything. It is enough to give even the Time Lords nightmares. More than that: it is enough to destroy them.

It is one of their own. Waiting for them at the end of the universe.

Featuring the Doctor, this adventure celebrates the thirty-fifth anniversary of Doctor Who.