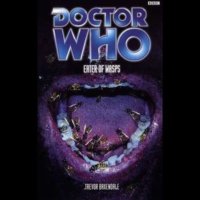 The TARDIS lands in the sleepy English village of Marpling, as calm and peaceful as any other village in the 1930s. Or so it would seem at first glance. But the village is about to get a rude awakening.

The Doctor and his friends discover they aren?t the only time-travellers in the area: a crack commando team is also prowling the Wiltshire countryside, charged with the task of recovering an appallingly dangerous artefact from the far future ? and they have orders to destroy the entire area, should anything go wrong.

And then there are the wasps... mutant killers bringing terror and death in equal measure. What is their purpose? How can they be stopped? And who will be their next victim?

In the race to stop the horror that has been unleashed, the Doctor must outwit both the temporal hit squad, who want him out of the way, and the local police ? who want him for murder.