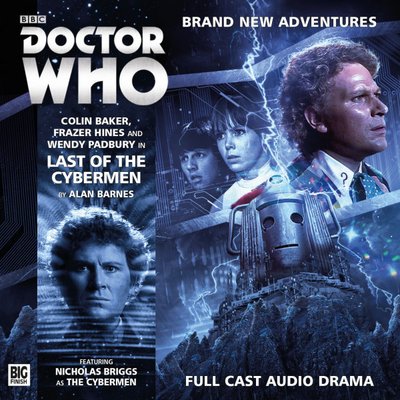 It's been ten years since the final assault on Telos, the last act of the Great Cyber War. Thanks to the Glittergun, humanity prevailed - and the half-machine Cybermen were utterly obliterated.

Out on the furthest fringes of the galaxy, however, they left their mark - in the form of a giant Cyber-head, hundreds of feet high. A monument? A memorial? A tomb? The Doctor, the Cybermen's most indefatigable adversary, sets out to investigate... but he fails to return to his TARDIS. Leaving the Ship, his two companions - brave Highlander Jamie MacCrimmon, and super-intelligent Zoe Heriot - find a stranger in the Doctor's place. A stranger in a coat of many colours, who insists that he's the Doctor - transposed in time and space with one of his former selves...

But why here? Why now? Has the universe really seen the last of the Cybermen..?