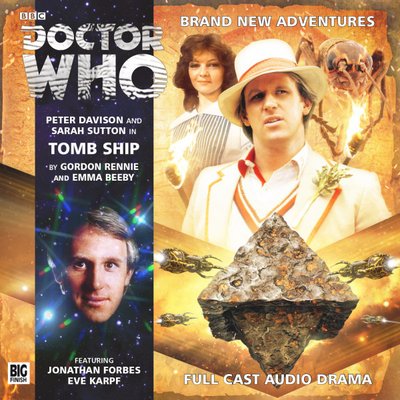 The TARDIS brings the Doctor and Nyssa to a vast pyramid, floating in space. A tomb ship – the last resting place of the God-King of the Arrit, an incredibly advanced and incredibly ancient civilisation, long since extinct.

They’re not alone, however. Another old dynasty walks its twisted, trap-ridden passages – a family of tomb raiders led by a fanatical matriarch, whose many sons and daughters have been tutored in tales of the God-King’s lost treasure.

But those who seek the God-King will find death in their shadow. Death from below. Death from above. Death moving them back and forward, turning their own hearts against them.

Because only the dead will survive.