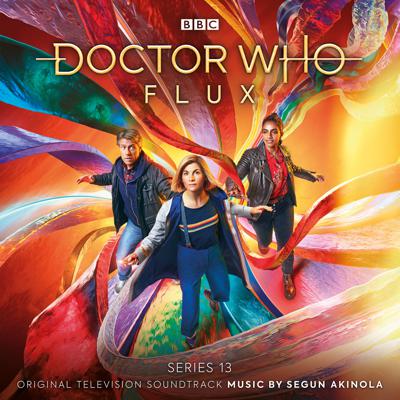 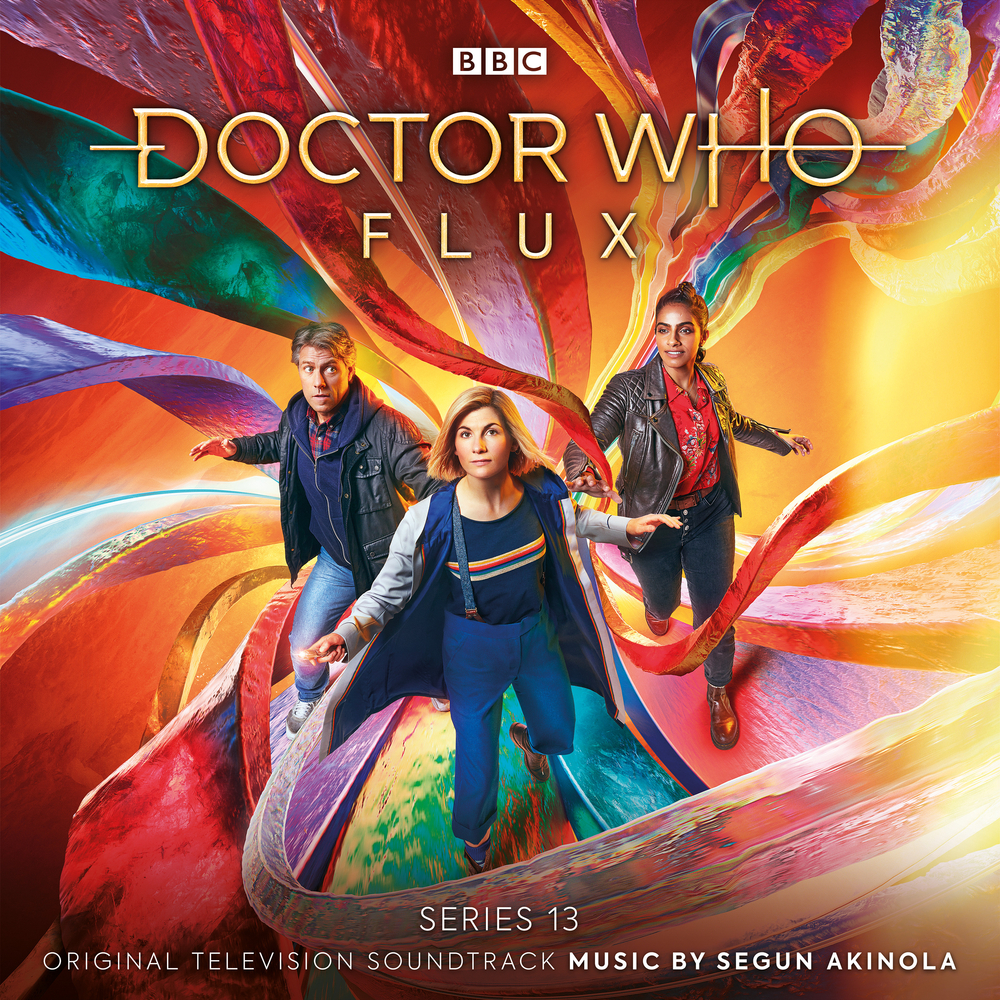 Debuting at Halloween 2021, Flux was the first Doctor Who series in 36 years to tell one complete story across its entirety, rather than self-contained episodes. Jodie Whittaker returned for her third and final season in the title role. This three CD set features the score for Flux spread across two CDs and includes a bonus disc, the New Years’ Day special broadcast in 2021, Revolution Of The Daleks.

Segun Akinola is a composer for film and television who has strengthened many projects with his musical acumen. He is most known for his music in the latest series of Doctor Who, starring the first female Doctor, Jodie Whittaker. Segun’s work is a key immersive tool for showrunner Chris Chibnall and series directors to establish the many adventures the Doctor and her friends travel on. These include the impressive 80s influenced electronic score for The Tsuranga Conundrum to the heart-wrenching Demons of the Punjab which utilised specialist Indian musicians and orchestra, all recorded at Abbey Road Studios. He also scored the critically acclaimed Doctor Who VR experience, Doctor Who: The Runaway.

Segun scored Sundance 2019 favourite The Last Tree, which was also recorded at Abbey Road Studios. This is Segun’s second feature film collaboration with director Shola Amoo after A Moving Image, and it earned him a Discovery of the Year award nomination at the World Soundtrack Awards. A BAFTA Breakthrough Brit 2017, Segun’s other work includes scoring BBC Two’s landmark four-part series Black and British: A Forgotten History.

Series 13 Opening Titles
A Little Skirmish
What Lies Ahead
Renewed at Last
Must Not Blink
Dancing Across Space and Time
I Know Where We Are
I Will Find You
Parlay
Short-Term Repair
The Other Things
When Is This?
There Is No Greater Battle
All Is Ending
I’m Not Giving Up
Series 13 Flux - Volume 2

Rapid Response Unit
You Are Recalled
Village of The Angels End Credits
On My Way
We Are Conversion
An Incredible Stroke of Luck
Where Are We?
Fetch Your Dog
We Have Everything We Need
I Can Rend Them All to Dust
And Then We Will Play
The Ultimate Betrayal
Nothing Is Forever
Where Would Earth Be Without You?
Series 13 End Credits
Revolution Of The Daleks - Bonus Disc (physical CD only)