< Harvest of Time
Hornets' Nest - Volume 1: The Stuff of Nightmares >

Doctor Who and the Pescatons 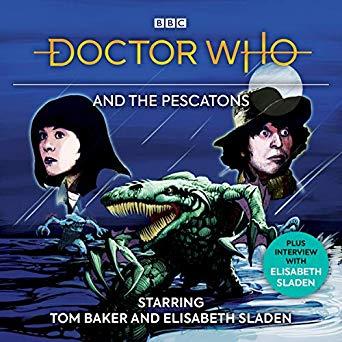 The TARDIS?s arrival, on a lonely stretch of beach at night, is closely followed by a slithering sound and a chilling roar - this is the beginning of a terrifying adventure on present day Earth for the Doctor and his assistant Sarah Jane Smith.

The deadly Pescatons have arrived! Led by the mighty Zor - whom the Doctor has encountered before, these towering amphibian monsters are refugees from their own dying planet. Soon the creatures have invaded London, wreaking death and destruction upon the city and all who stand in their way. In their efforts to help save the planet's population from this violent onslaught, the Doctor and Sarah must draw upon all their reserves of courage and ingenuity.