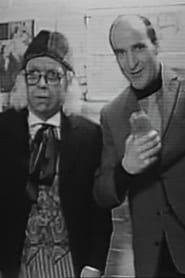 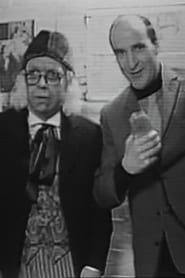 "Friday, 9th August 1963 Cast and crew members prepare for the recording of a new BBC TV series..." In a corridor outside of Studio D, a reporter asks a script writer how he sees his new programme, "Doc' True", which he describes as "like nothing you've ever seen before", only to be interrupted by an actor dressed as a medical doctor describing it as a "British Doctor Kildare, only much more real". He is then interrupted himself by an actor dressed as a caveman. When the writer takes the 'doctor' aside, the reporter then bumps into someone looking for the designer, before heading over to "Verity Lamberth" and "Sydney Newbaum", who explains there will be no "bug-eyed monsters" in the show, as someone wheels a Dalek between them.