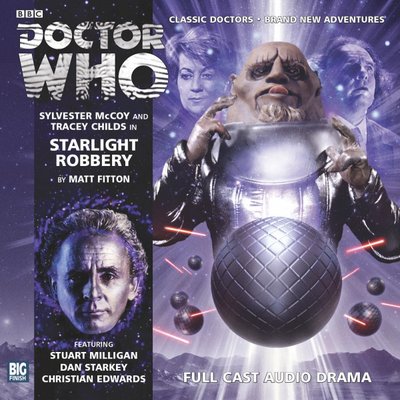 Sick of the same-old slaughter-appliances? In need of a killer new killing-machine? Then look no further than Garundel Galactic's secret arms auction. Blasters, tanks, missiles and bombs – no bang too big or micro-laser too small. If you’ve got the credits, Garundel's got the kill-sticks. (Cash buyers get preferential rates.)

In search of the key to a sinister alien technology, the Doctor, Klein and Will set their sights on an illicit intergalactic arms fair run by an old acquaintance – the slippery Urodelian crook, Garundel. But what are their chances of pulling off a particularly audacious heist from under the noses of Garundel and his alien clients, the ever-belligerent Sontarans…?