< Planet of Fire
The Twin Dilemma > 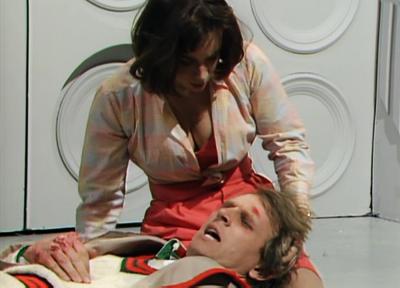 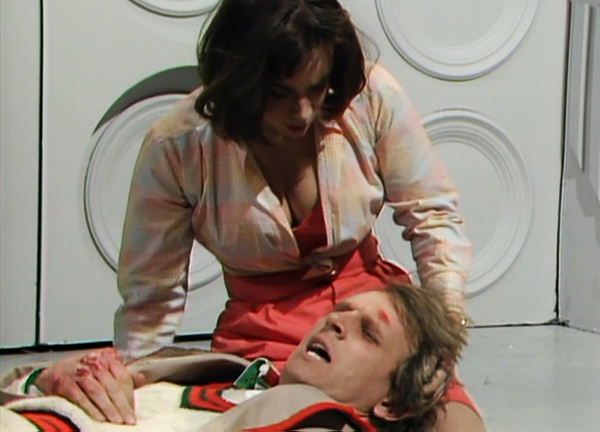 The TARDIS arrives on Androzani Minor, the source of a life-prolonging drug refined from a substance called spectrox. Production of the drug is controlled by Sharaz Jek, a facially deformed madman in self imposed exile, who blames Morgus, a powerful industrialist on Androzani Major, for all his misfortunes.

Jek is fighting government troops sent to liberate the drug. His weaponry is being supplied by gun-runners secretly employed by Morgus, who receives payment from Jek in refined spectrox. This gives Morgus a monopoly of the drug on Major.

Jek becomes infatuated with Peri, and saves her and the Doctor from being executed on Morgus's orders by government troops led by General Chellak. The two travellers escape after learning that they have contracted spectrox toxaemia, a fatal condition to which there is only one antidote - the milk from a queen bat, which the Doctor must obtain from the deep caves on Minor. Morgus, seeing his power base slipping away, travels to Minor.

In a climactic battle, Morgus, Jek and all the soldiers are killed. With moments to spare, the Doctor carries Peri back to the TARDIS, where he gives her all the milk that he has managed to collect. She recovers, but the Doctor has to regenerate to save his own life.