< Genesis of the Daleks
Terror of the Zygons >

Revenge of the Cybermen 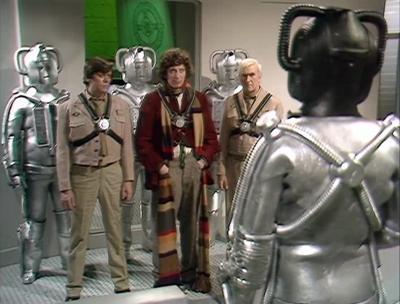 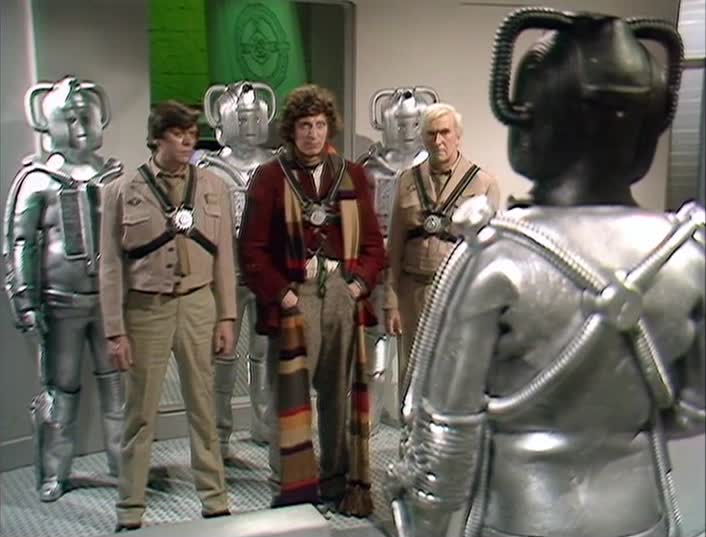 The time ring takes the Doctor, Sarah and Harry back to Nerva, but to a period many thousands of years earlier than their previous visit. The station is currently acting as a beacon warning space traffic of the existence of a new asteroid orbiting Jupiter.

This is Voga, also known as the planet of gold as that metal can be found in abundance there. The three friends learn that a space plague has killed all but a handful of Nerva's crew. A visiting civilian scientist named Kellman is in fact a traitor working with a group of Cybermen who want to destroy Voga as gold dust can coat their breathing apparatus and suffocate them.

The 'plague' is the result of poison injected into its victims by Cybermats. The Cybermen invade the beacon and force the Doctor and two of the remaining humans to carry some cobalt bombs down into the heart of Voga.

Kellman however is really a double agent, secretly working with one faction of the Vogan race on the planet below. Their plan has been to lure the Cybermen onto the beacon and destroy it with a rocket, known as the Skystriker. The Doctor rids himself of the bomb he has been forced to carry and returns to the beacon, which the Cybermen evacuate on learning of the Vogans' intentions.

The missile is launched, but the Doctor gives instructions for it to be redirected away from the beacon and onto a collision course with the Cybermen's ship, which is thus destroyed.