< Death to the Daleks
Planet of the Spiders >

The Monster of Peladon 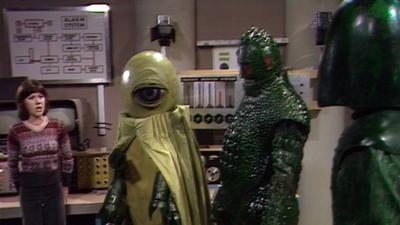 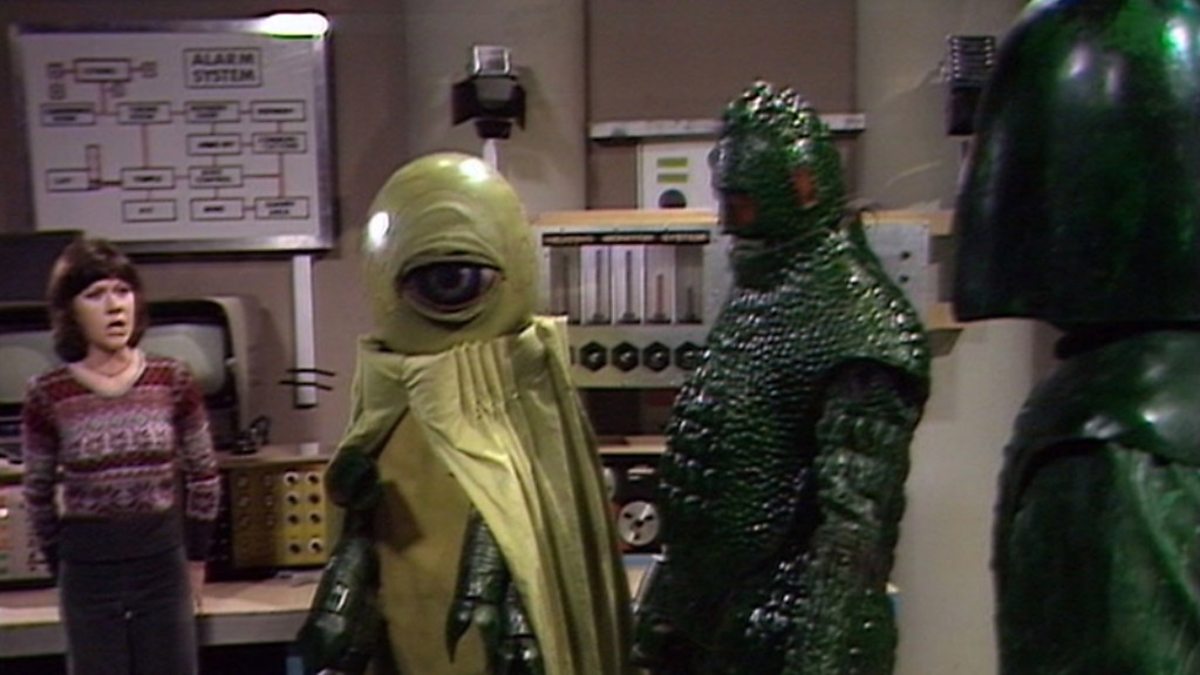 The TARDIS returns to Peladon some fifty years after the Doctor's last visit. The planet is now ruled by Queen Thalira - daughter of the late King Peladon - with advice from Chancellor Ortron. The Doctor and Sarah are arrested by Ortron for trespassing on sacred ground but their names are cleared by Alpha Centauri, now Galactic Federation ambassador to Peladon.

A ghost-like image of Aggedor has been responsible for some deaths in the planet's trisilicate mines, heightening unrest amongst the miners. The Doctor discovers that the apparitions are really the result of the use of a matter projector and a directional heat ray by a human engineer, Eckersley.

Eckersley is in league with a group of renegade Martian warriors, led by Commander Azaxyr, in a plot to seize the trisilicate deposits for Galaxy 5, a power bloc at war with the Federation. Azaxyr mounts an attack on the throne room and kills Ortron.

The Doctor however turns the heat ray on some of the Martians, while others are dispatched by the miners. Eckersley flees, taking the Queen hostage, but the Doctor uses the real Aggedor to track him down. Eckersley is killed, but Aggedor also dies in the skirmish.

Its plans thwarted, Galaxy 5 surrenders to the Federation. The Doctor is invited by Thalira to take over as Chancellor but he declines, suggesting the miners' leader Gebek would make a better candidate.