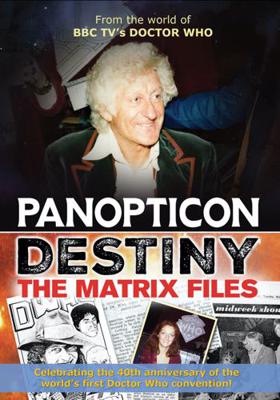 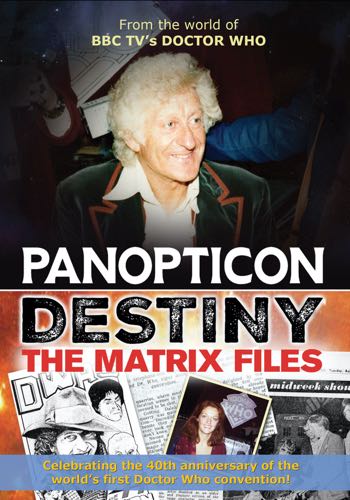 The sequel to PANOPTICON GENESIS, featuring NEWLY RESTORED AUDIO RECORDINGS OF THE EVENT!

On August 6th 1977, the world’s first DOCTOR WHO convention was held at a church hall in Battersea, South London.

Together with autograph sessions, a props display, a lecture by Visual Effects Designer MAT IRVINE and talks by Script Editor TERRANCE DICKS and Producer GRAHAM WILLIAMS, this convention set the tone for the future and led directly to the legendary DWAS PanoptiCon conventions in the 1980s and 90s.

40 years later, stars, fans and organisers returned to the church hall to reminisce about that special day!

In this second volume celebrating the anniversary, we feature a convention panel with organiser KEITH BARNFATHER, contributor KEVIN DAVIES and attendee ANDREW BEECH, held at another DWAS event THE CAPITOL II on the 7th May 2017.

The most exciting feature is restored audio recordings of the panels … for the first time ever, listen to TOM BAKER, LOUISE JAMESON, JON PERTWEE, GRAHAM WILLIAMS and TERRANCE DICKS at their very first DOCTOR WHO convention!

Also included is an in-depth look at the amazing restoration work undertaken by ALISTAIR LOCK to bring the audio recordings back to life!