< The Wheel in Space
The Mind Robber > 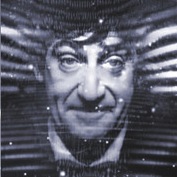 The TARDIS materialises on the planet Dulkis, currently under threat from two alien Dominators, Rago and his subordinate Toba, who have landed in a spaceship.

Aided by their robotic servants, the Quarks, and slave workers drawn from the native Dulcian population, the Dominators set about drilling bore holes, through which they plan to fire rockets into the planet's molten core. Their intention is then to drop an atomic seed capsule into the resulting eruption, turning Dulkis into a radioactive mass - fuel for the Dominators' space fleet.

The Dulcian Councillors, being pacifists, refuse to retaliate, although Cully, the rebellious son of their leader Senex, has already joined forces with the time travellers. The Doctor eventually defeats the Dominators by intercepting the seed capsule as it is dropped and placing it on board their ship, which is then destroyed shortly after take off.

Dulkis suffers only a minor volcanic eruption, as a result of the rockets fired into its magma.